The season started with a very cold winter…

In Vogtsburg there were some water pipe bursts and flooded cellars…
March, however, was very nice and dry. At the end of March we had budbirst and it looked as if it could be an early year.
But over Easter there were a few cold nights and we suffered great damage from late springtime frosts. Generally it was extremely dry.
We had to irrigate our young vines constantly.
However, crop protection was much easier than in 2016.
Due to the early start of the season, the flowering of the vines was also earlier than normal.

The biggest issue was actually the different ripeness levels from plant to plant. Sites, that were heavily affected by the frost had some vines with only a few shoots growing. These grew very quickly and were also earlier in maturity compared to other plants.

At the beginning of September it was time to start with harvest. Just in time, before the Grauburgunder SJ plants gained too high sugar levels. 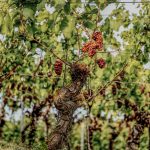 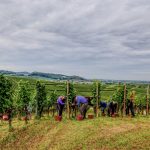 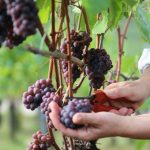 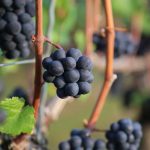 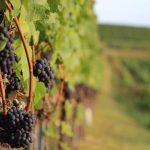 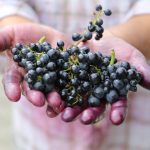 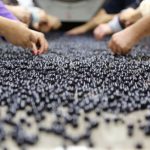 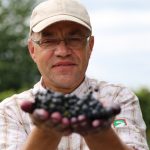 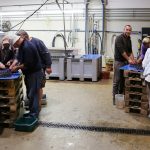 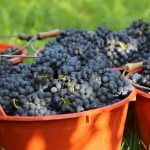 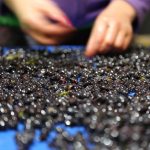 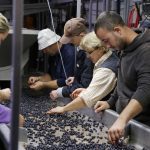 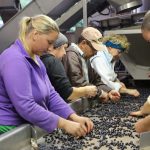 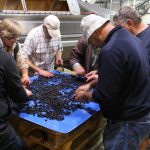 Since we had enough helping hands for the harvest and the remaining vineyards needed some more time to ripen, the grapes were sorted by hand in the cellar. Our optical sorting machine was only used once. In the pictures above we sorted out overripe and underripe berries in Pinot Noir (Spätburgunder), so that only the best with aromas of cherries remained…

At the beginning of the harvest, the weather was marked by a low pressure area. Luckily there was very little precipitation, cooler weather and a wind to dry off. The botrytis could not spread and so the rest of the harvest was very pleasant and relaxed.

The late ripening grape varieties such as Cabernet Sauvignon and Riesling were also harvested in September in best weather conditions and we finished the grape harvest in time for German Unity Day.

Due to the lack of botrytis infections there were no noble rot grapes, so that this year we could not harvest any Beerenauslesen for a Saint Patrick.

The amount harvested was small due to the losses from the late springtime frost. However, the quality is very good!